The Sekulovski Group has been exclusively retained by ownership to sell the 100% fee simple interest in a Burger King Restaurant. This Burger King has great visibility, and is strategically located at the signalized intersection of Cruse Road and Old Norcross Road. This building is on the pad of a Publix anchored shopping center, across from both the Maxwell High School of Technology, and the Gwinnett School of Mathematics, Science, and Technology. The tenant recently extended the lease by 20 years, and currently has over 21 years remaining. The building is scheduled to be remodeled in 2018.

Lawrenceville, the county seat of Gwinnett County, Georgia, is a suburb of Atlanta, and is located 30 miles northeast of downtown.

Atlanta, the capital, and largest city in Georgia, is the center of the Atlanta Metropolitan Area, the 9th largest metro area in the country, with nearly 6 million people. Metro Atlanta’s has a gross domestic product of over $304 billion, making it the 8th largest in the country, and 17th largest in the world. Atlanta has the third largest concentration of Fortune 500 companies, and is the global headquarters of such corporations as The Coca-Cola Company, The Home Depot, Delta Airlines, AT&T Mobility, Chick-fil-A, and UPS. over 750 of the Fortune 1000 companies conduct business operations in the Atlanta area, and the city has offices for over 1,250 multinational corporations.
Atlanta is also home to major news and entertainment media companies, including CNN, TBS, TNT, The Weather Channel, and Cox Enterprises, the county’s 3rd largest cable television operator. 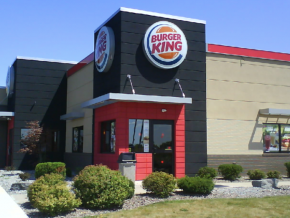