This king rules a whopper of a fast-food empire. Burger King Holdings operates the world's #2 hamburger chain with more than 11,100 restaurants in the U.S. and about 65 other countries. In addition to its popular Whopper sandwich, the chain offers a variety of burgers, chicken sandwiches, salads, and breakfast items. Burger King was founded by James McLamore and David Edgerton in 1954. Investment firms Texas Pacific Group, Bain Capital, and Goldman Sachs each own about 25% of the company.

Approximately 90 percent of BURGER KING® restaurants are owned and operated by independent franchisees, many of them family-owned operations that have been in business for decades. While Burger King Corporation sets standards for exterior store appearance, food quality and menu, individual owners have control over hours of operations, interior decor, pricing and staff uniforms and wages. 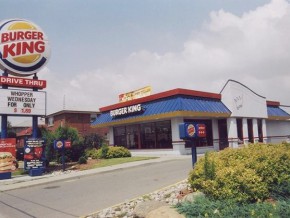