Chipotle Mexican Grill, Inc. is a chain of restaurants in the United States, United Kingdom,Canada, Germany, and France, specializing in burritos and tacos. Its name derives from chipotle, the Nahuatl name for a smoked and dried jalapeño chili pepper.

The company has released a mission statement called Food with Integrity, which highlights its efforts in using organic ingredients, and serves more naturally raised meat than any other restaurant chain. Chipotle is one of the first chains of fast casual dining establishments

Founded by Steve Ells in 1993, Chipotle had 16 restaurants (all in Colorado) when McDonald's Corporation became a major investor in 1998. By the time McDonald's fully divested itself from Chipotle in 2006, the chain had grown to over 500 locations. 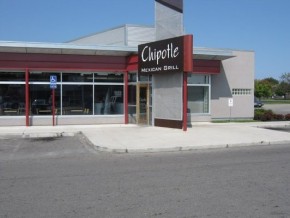