The Sekulovski Group has been exclusively retained by ownership to sell the 100% fee simple interest in a Chuy's Mesquite Broiler Restaurant. This restaurant is encumbered by a 15 year lease (12 years remaining) and is located at a signalized intersection. The property is shadow anchored by Fry’s Food and Drug and Desert Toyota of Tucson. Tucson’s top employer, Davis-Monthon Air Force Base, is located 2.2 miles away, and the University of Arizona is 8 Miles away.

Tucson, the county seat of Pima County, is the 33rd largest city in the United States, and the second most populated city in Arizona. The Tucson MSA has a population over 980,000.
The largest employer in the Tucson is Davis-Monthon Air Force Base, is located 2 miles from Chuy’s Mesquite Broiler. The largest employer in the region is US Army Intelligence Center Fort Hauchuca, located in nearby Sierra Vista. The presence of these to military bases has lead to the development of a large number of high-tech industries in the area, including government contractors.
Raytheon Missile Systems (former Huges Aircraft Co.), Texas Instruments, IBM, Intuit Inc. Universal Avionics, Honeywell Aerospace, Sunquest Information Systems,
Sanofi-Aventis, Ventana Medical Systems Inc., and Bombardier Aerospace all have a significant presence in Tucson. Over 150 companies in Tucson are involved in the design
and manufacturing of pitch and optlectoronics systems. This lead
to Tucson earning the nickname “Optics Valley.”
In recent years, economic development in Tucson has been centered around the University of Arizona. U of A is home to 43,625 students as well as 11,235 employees, including an academic staff of 3,070. The University of Arizona is a NCAA Division I school with 18 varsity teams in the PAC 12 Conference. The Wildcats are a perennial men’s basketball powerhouse. 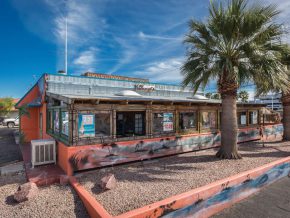