McAlister's Deli was founded in 1989, at a converted gas station in Oxford, Mississippi. The response from customers was overwhelming, and franchises came soon after. By 1995, McAlister's Corporation was recognized by INC. Magazine as one of American's fastest-growing, privately-owned companies. Its strength as a leading concept in the "quick casual" category was noted by industry-leading publications. Within a decade of its inception, McAlister's Deli had 38 franchises. Today it has over 60 and is looking to expand both within the US and abroad. Customers are greeted by an upscale, casual decor that is both clean and inviting. McAlister's Deli restaurants feature an unusual array of vintage posters, original ceramics and other decorative items. The open store layout is designed to be both operationally efficient and to enhance the McAlister's customer's dining experience. McAlister's marketing messages and point-of-sale signage are designed to enhance the McAlister's image. 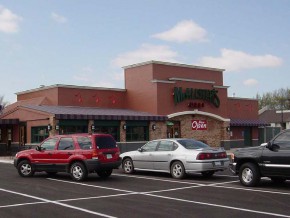